ABOUT DYKE, A Quarterly 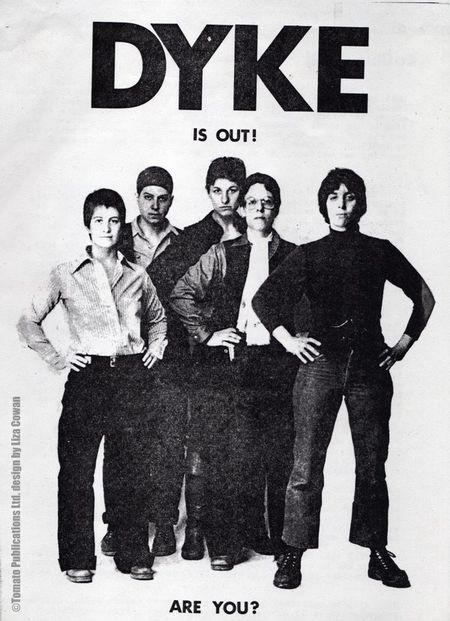 Welcome to the DYKE, A Quarterly online annotated archive. We invite you to discover the depth and scope of our files.

DYKE A Quarterly of Lesbian Culture and Analysis, was published in NY City in the mid 1970s. Editors Liza Cowan and Penny House created a magazine that was as beautiful as it was radical, and as personal as it was political. After it ceased publication in 1978, it languished in private collections until, in 2010, curators from The Library of The Museum of Modern Art and The Schlesinger Library requested copies and papers.

While Cowan was doing graduate studies in anthropology in the 1990s, she was dismayed to discover that scholars were depending on secondary source material to write about Lesbian Feminist activism of the 1970s. Cowan decided to produce the digital archive to provide primary source documents about Lesbian Feminism to scholars everywhere.

Although rigorous in presenting the scans and searchable transcriptions of the original materials, the DAQ archive presents another dimension as well. The annotations to the original articles are written as personal essays and as research essays about the women or groups mentioned in the articles. Hyperlinks make this a useful tool for both scholars and for the non-academic reader. Because the archive is published in blog format, readers can respond with their own stories and links.