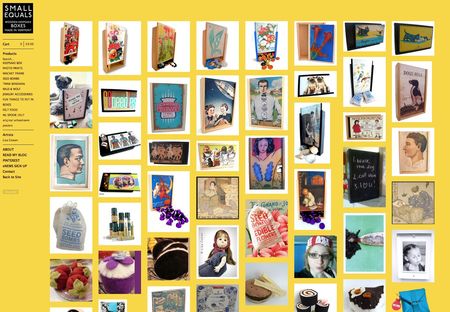 After I closed Pine Street Art Works, my bricks and mortar store, I had to figure out how to keep selling, but online. I was developing a line of products - wooden Keepsake Boxes - that I was excited about, and wanted to offer on the web. I did my research and decided on BigCartel as my platform. I considered Etsy because I know a lot of crafters and antiques vendors who are happy with it, but I thought about the tradeoff - possibly more visitors via the well known site vs. the ability to jump around once the shopper is inside the site. I decided I'd rather have a captive audience. And on BigCartel I can sell products made by other people or manufacuturers, like Seed Bombs by VisuaLingual, or Canetti Pure Acrylic Magnet Frames, two of my most popular items. 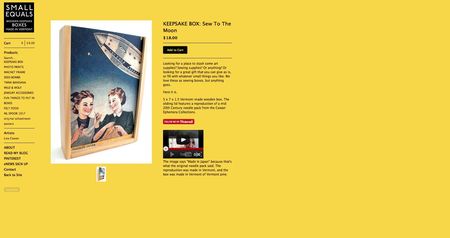 Small Equals at BigCartel. Screenshot, product page for Sew To The Moon

When I first started selling on BigCartel the design options were more limited than I would have liked. I don't know how to code but I have high standards. But that changed recently when BigCartel offered new design options for the coding-challanged. 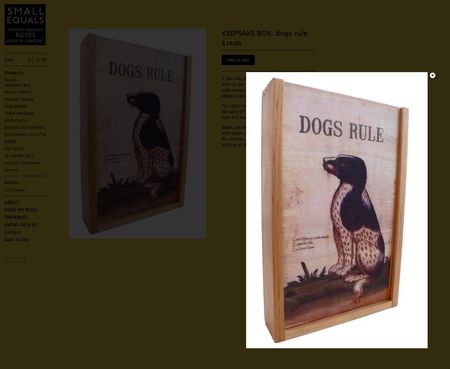 To have a beautiful storefront you have to start with a good, or at least a good looking, product, good pictures and a strong enough design sense. But that's a given. All of that takes a lot of work, and a skill set that takes time to develop. Once you have that, and have found your online platform, there's still the work of marketing. But it makes all the difference to have a good platform, and I have to say I'm hugely pleased with the folks at BigCartel.

I'm very happy that I can write as much text as I like about a product. Regular readers of this blog know that backstory and provenance mean the world to me, and I get to tell it on each product page. I've even included a video on some pages, of me showing the box.

There's even an option for pages, including a page for your blog. I love this feature because the more a customer knows about the folks who make a product, the more personal it becomes. Story sells. And as a customer, I like to know who I am buying from. 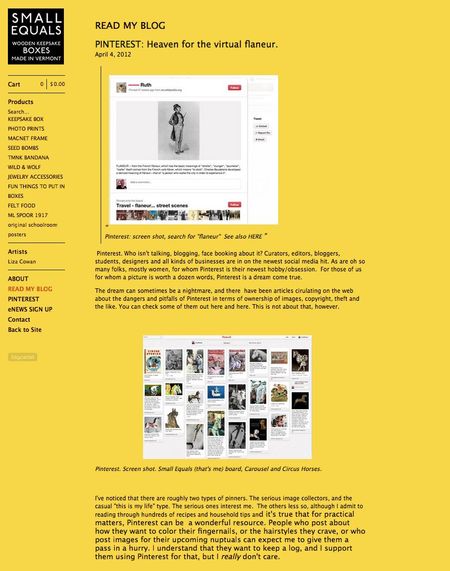 The support staff at BigCartel is superb and that counts for a lot. Quick, friendly advice and help? I'm hooked.

BigCartel even has an app that connects to my my small equals Facebook Page, for seamless shopping online. 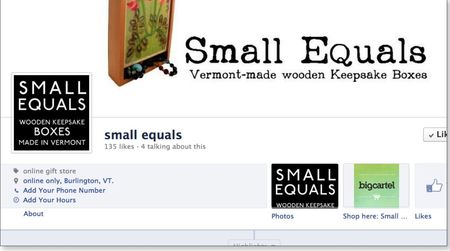 My ancestors peddled door to door and then opened up one of the worlds' first catalog companies. It makes me proud to continue in the family tradition...but in a 21st century venue.

If you are interested in using bigcartel as your online platform you can find them at www.bigcartel.com

and happy shopping! Or selling.

Book Spines.
Some of us pay a lot of attention to book covers but how often do we look at the spine? Well, in fact, a lot, because that's how books usually present on a shelf. But how much critical attention do we pay?

Fixabook, a book design blog does. Check them out for this and other book design topics. Lovely site.

American Children's record, Alphabet Song circa 1948. So charming.
from the blog How To Be A Retronaut

Judging a book by its cover: covers + blogs about book cover design

Yes! I do judge a book by its cover. So do you, probably. Most of my readers are pretty design savvy so you know you are critical, but even those of you who are not are still having a subjective response to the books you chose. Sure, we chose our books by author, by title, by subject or by a review we liked. These days, who is going to buy a book just for its brilliant cover?  Yes, I see some hands rising. But what if we are wandering around the bookstore? Or reading a review with a picture of the cover? What catches our eye? More importantly, what thrills us? What demands our attention? The cover. 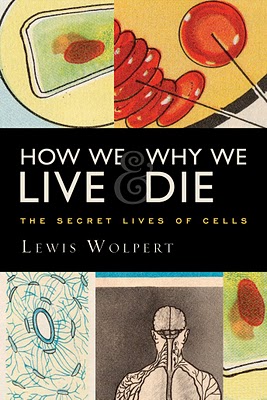 Ian Shimkoviak: book  design. I love this!  The images are from The Human Body, by Cyril Bibby and Ian T Morrison. Puffin Picture book No. 102. Shimkoviak found the image here at SeeSaw. No worries, he's been generous on twitter and Facebook,  and I don't own the image anyway.

There are books I will pass by in the store simply because the covers are bad. They offend my eye. They do not thrill. Sure, for my favorite authors I'm willing to forgive almost anything just for the pleasure of the read, but a bad cover diminishes the thrill, and will likely kill random bookstore sales.

Authors have little or no control over the visual packaging of their books. It's not their fault if the design department of their publishing house has bad taste. But I do blame the houses for hiring  designers who crank out...visual garbage. Such a shame.

That said, there are so many brilliant book designers and so many ways to enjoy their work,  on the books themselves and through their websites and design blogs.  Book design is a good enough paying gig not only for the designers but for the artists and photographers whose work they often feature. Here are some  book covers featuring work by artists who have shown at Pine Street Art Works, or who are related in some way.

First, a photo by Cara Barer, whose work is always available at Pine Street Art Works. What can I say? Cara's work is stunning. Nicely featured here, with no distractions. Image relates  to the book topic  in an almost metaphysical way. Although it is a book of theory, the cover itself is lyrical. Next, Fun Home, by Alison Bechdel. Alison's original ink drawings from her comic series, Dykes To Watch Out For, are available here at PSAW. 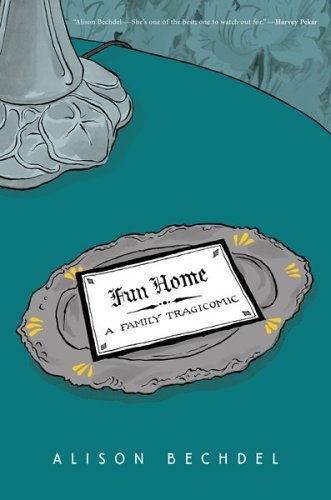 Next, a photo by me, Liza Cowan, for Laurie Essig's Queer In Russia: A Story of Sex, Self,and The Other.  I took this picture in Moscow in 1994.  The publisher made it blue and photoshopped it so that the figure of the author stands out. I'm satisfied with the cover, which I didn't design, although I would have right - justified  the subtitle and changed the line spacing to make it closer together. Would have made the Q smaller too, since it's huger than the head, but still, I'm proud of it. Not so pleased that they never paid me, but I was new to the field, and didn't understand that cover photos actually pay quite well. They said it would be good publicity for me. Hah. Fool me once. 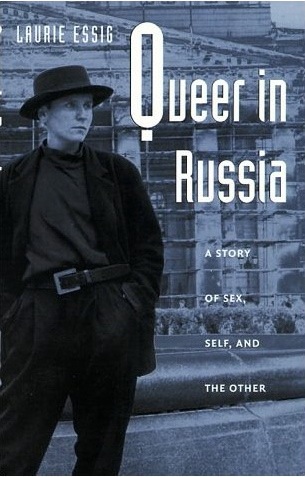 Queer In Russia: A Story of sex, self, and the other. Laurie Essig author. Photo by Liza Cowan. Duke University Press.

Next: American Photobooth by Nakki Goranin. Nakki exhibited images from this book at PSAW in March 2008. We look forward to exhibiting images from her next book on Tintypes. In this cover images sell the book. Anything but a simple title would diminish their power. 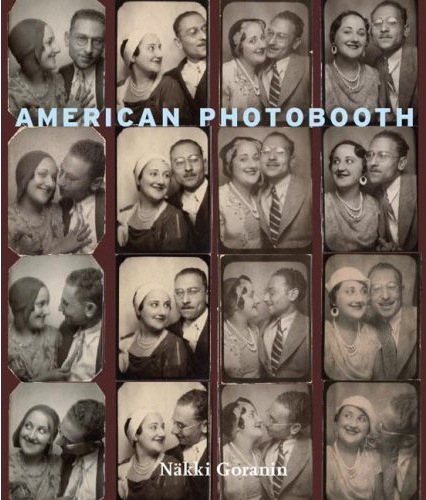 Next, Connie Imboden, Reflections, 25 Years Of Photographs. Another photography book, the image is left to speak for itself, which it does eloquently. Connie showed her work at Pine Street Art Works in September 2007. 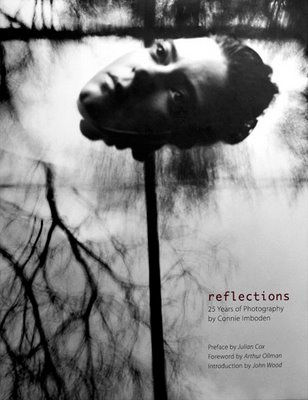 Next, Alix Dobkin's My Red Blood. Alix will be doing a book signing here at Pine Street Art Works in May. This cover uses an old snapshot of Alix in her girl with a guitar folkie phase. I saw the original mock up for this cover with a very different typeface, and it was weak. With this the title in bold caps, right justified, the cover becomes a symbol of strength, played against the sweetness of the muted rainbow tinted image. I would have made the subtitle shorter (not the designer's job) used upper and lower case of the same font family as the title. I don't really like the juxaposition of the two typefaces, but on the whole, the cover works well for me. In case you are interested, Alix writes about me in the last chapter. If you are interested in book cover design here are some great resources. Enjoy!

blogs and websites about book design.

Book By It's Cover

Beyond The Covers: Ian Shimkoviak