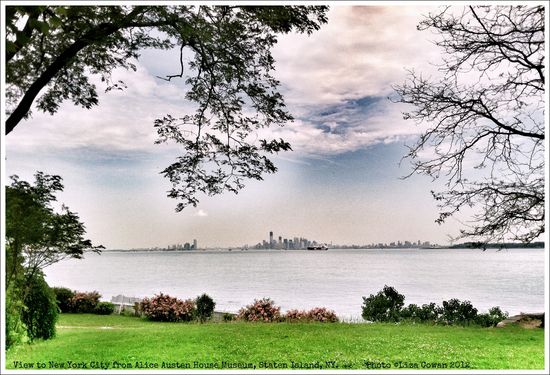 This view across the Narrows would have been very different in Alice's day. But it is still gorgeous. 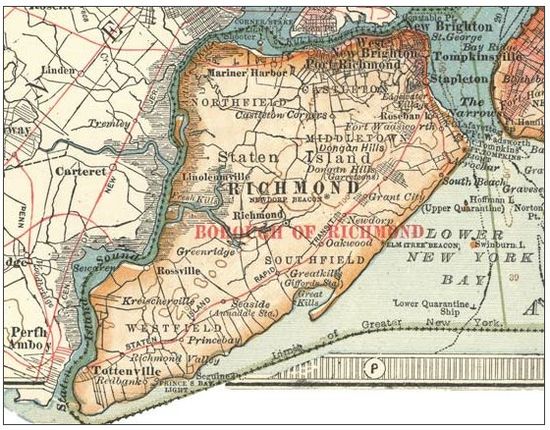 Staten Island circa 1900. You can see The Narrows in the upper right. 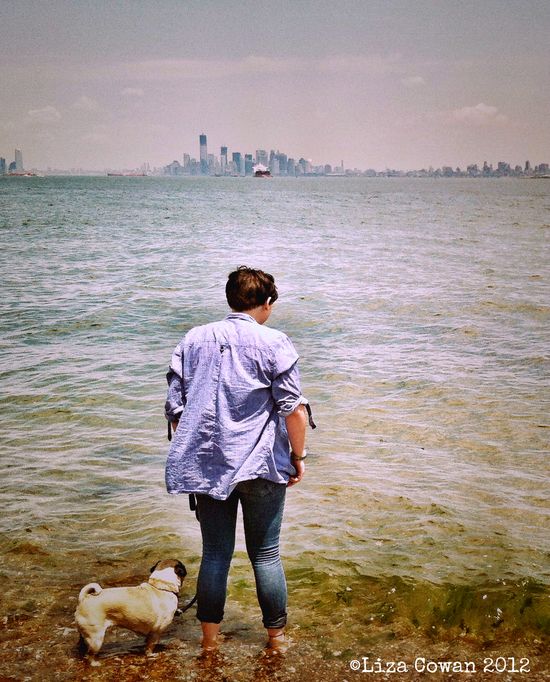 View from Alice Austen House across the water. ©Liza Cowan

At the Alice Austen House Museum, Pug Day. What a beautiful day to be at Clear Comfort, Alice's Staten Island, NY, house on the water. Here, my daughter and I recreate Alice's self portrait with her pug, Punch. I bet Alice would have loved to be able to wear jeans and boots, and keep her hair short. Imagine lugging hundreds of pounds of camera equipment around wearing a corset and  floor length dress. Kudos to Alice for managing so beautifully. 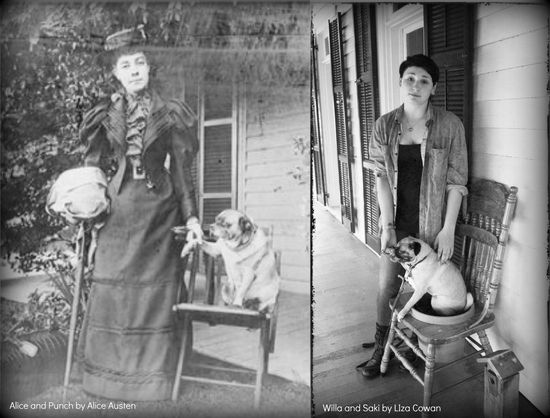 Alice Austen and Punch, self portrait. Willa and Saki by Liza Cowan

Just a few months before she died, Alice Austen made her second appearance in LIFE Magazine. "Alice Austen, America's first great woman photographer, had been rescued from the poorhouse and oblivion by the sale of her superb collections of pictures (LIFE, Sept. 24). But until this month the 85-year-old artist had never had a public showing of her work. On Oct. 7, however, the Staten Island Historical Society, custodian of her photographs, celebrated "Alice Austen Day". More than 300 of Miss Austen's old and new friends crowded into the museum to look at her pictures and say hello to her once more. Miss Austen herself was an hour late. Worn out by a television appearance two days earlier, she at first refused to come. But her friends convinced her that she would enjoy herself, and enjoy herself she did. There were speeches and orchids and gifts and refreshments, but above all, there were friends. Some, like Mrs. Charles Barton had posed for her in the old days on Staten Island. Others, like Coapes Brinley of the Staten Island Historical Society, helped win recognition for her work. Miss Gertrude Tate, her closest friend, had lived with her for 27 years at the Austen home until the two ladies lost their money and the home was sold.

The old lady in the wheelchair knew how to get the most out of every moment, although she mostly wept when Mrs. Barton bent over to kiss her hand. As the newspaper and magazine cameras recorded the afternoon, Photographer Alice Austen said proudly, "I'd be taking those pictures myself if I were 100 years younger." When the pictures and the refreshments were over, she went back to the private nursing home where she now lives, a little tired by the festivities but glad that she had lived to see Alice Austen Day." 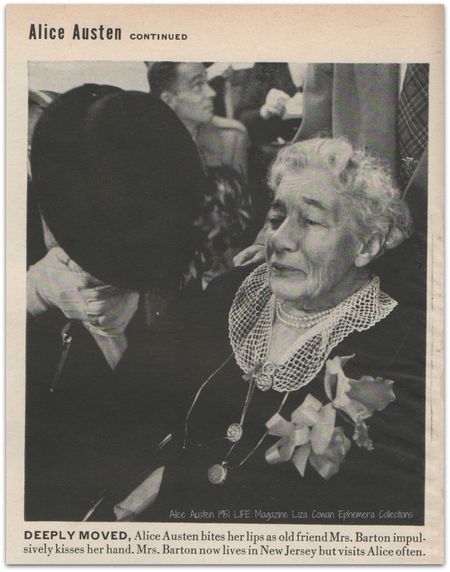 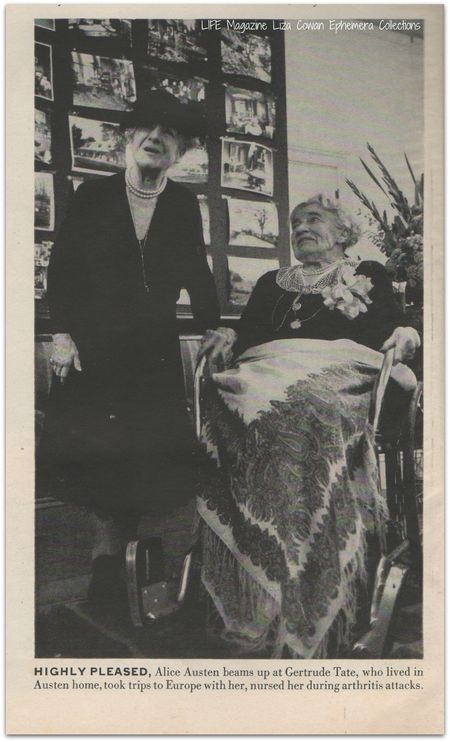 HIGHLY PLEASED, Alice Austen beams up at Gertrude Tate, who lived in Austen home, took trips to Europe with her, nursed her during arthritis attacks.

A short video from the Alice Austen House Museum.

Remember to vote for them at www.partnersinpreservation.com to help win much needed grant money.

Alice Austen fans...great news. The Alice Austen House has a beautiful new website and Facebook page, and is proud to be one of the only museums in the US devoted to a Lesbian. Yes, that's right. They are proud of it. As they should be. Here's an interview with Alice Austen House directors Carl Rutberg and  Ann Marie MacDonald on New York City TV show, City Talk.

You will note that they talk about Alice as a Lesbian, which is great, yay, and that they discuss the first time Alice was "outed" at the 1996 NY Public Library Stonewall Aniversary Exhibit. Now, we know this is not true, because DYKE magazine ran an article about Alica as a Lesbian in 1976. However, they filmed this interview before I posted the Alice article here at SeeSaw and  at the DYKE A Quarterly Annotated Online Archive...so we forgive them for not knowing, right? Right. Because Dr. Rutberg got in touch with us immediately, and we have been emailing ever since. He now knows that we had the scoop on Alice. And as he said in a Facebook comment to me,  "We want to make sure the LGBTQ community rallies around Alice"

So go to the website and Facebook page, and if there's still time, you can vote HERE for the Alice Austen House to get a $100,000 grant from American Express.