I LOVE YOU SOUPY SALES

When I was in high school in the 1960's I'd rush home every day to watch Soupy Sales on TV. Although it was supposed to be a kid's show, he never failed to crack me up. This was a show that was oustide the box, or maybe completely inside the box, since Soupy and crew keep the viewer fully aware of all the shennanigans that were happening off camera in the studio.

Not since Kukla Fran and Ollie had any kids show been so dopey and so sophisticated at the same time. Too young to get these references? Think of Pee Wee Herman, live, in black and white, in a barely equipped studio, some rikkity hand made props and a  camera operator and a couple of co workers audibly egging him on. Then watch out for the pie in the face. 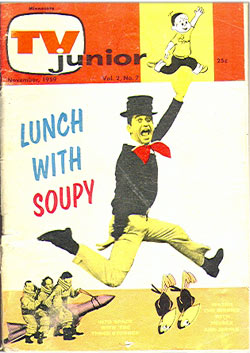 At school dances my bohemian friends and I would do Soupy's dance, The Mouse. In the hallway between classes  we'd do endless imitations of Soupy's mostly unseen puppet friends, White Fang and Black Tooth, who had to have been, Rut Roh,  the grandparents of Scooby Doo. I clipped articles on Soupy and put them in my journals, which were otherwise filled with fragments of poetry from Ferlinghetti or Ginsberg, or pictures of John Lennon. 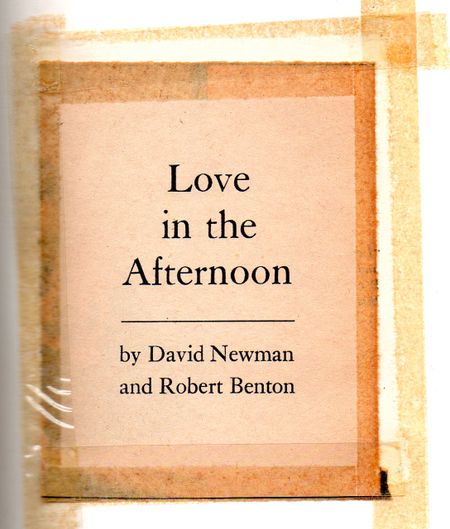 Here it is, still taped into my journal from 1965. Love In The Afternoon by David Newman and Robert Benton. New York Herald Tribune, January 24, 1965. Two years later Benton and Newman became famous for writing  the screenplay for Bonnie & Clyde, followed by What's Up Doc? Benton wrote Kramer vs. Kramer, Places In The Heart and many other iconic American films. 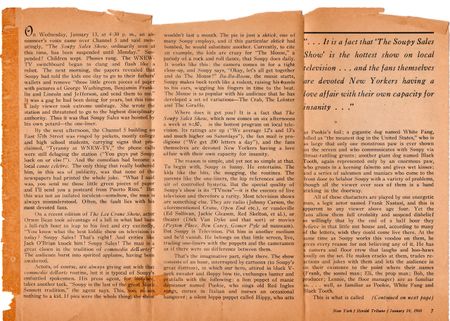 "He has a camera and a floor crew that laughs and hoo-haws loudly on the set. He makes cracks at them, trades reactions and jokes with them and lets the audience in on their existence to the point where their names (Frank, the sound man; Eli, the prop man ; Bob, the producer; Lennie, the floor manager) are as familiar as...well, as familiar as Pookie, White Fang and Black Tooth." 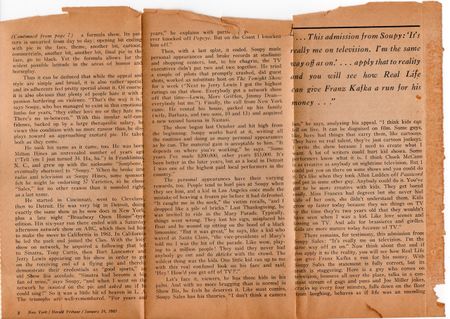 "The personal appearances have their varying rewards, too. People tend to hurl pies at Soupy when they see him, and a kid in Los Angeles once made the mistake of heaving a frozen pie before it defrosted. 'It caught me in the neck,' the victim recalls, 'and I dropped like a pile of bricks...One little kid ran up to me and said, 'Hey! How'd you get off the TV?' " 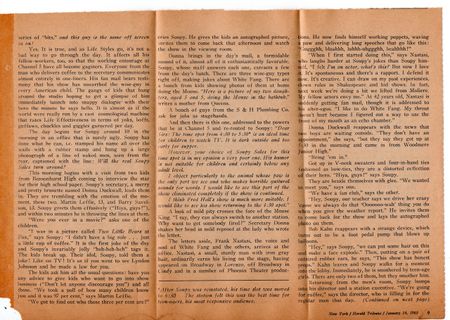 "...Frank Nastasi, the voice and soul of White Fang and the others, arrives at the office. Nastasi, a small, sturdy man with iron gray hair, ordinarily earns his living on the stage, having appeared on Broadway in Lorenzo, off Broadway in Cindy and in a number of Phoenix Theater productions. He now finds himself working puppets, waving a paw and delivering long speeches that go like this:" "Guggehh, bluahhh, luhhh-uhggghh, beahhhh!" 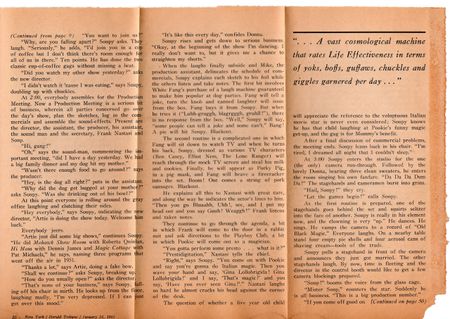 " 'You come in with Pookie and say you're gonna do Italian magic. Then you wave your and and say, 'Gina Lollabrigida! Gina Lollabrigida!' and I say, 'That's magic?' and you say, 'Have you ever seen Gina?.' Nastasi laughs so hard he almost cracks his head against the corner of the desk. The question of whether a five year old child will appreciate the reference to the voluptuous Italian movie star is never considered: Soupy knows that he has the child laughing at Pookie's funny magic get-up, and the gag is for Mommy's benefit."

I lost the last page. But hey, I hung onto the rest of it for 45 years.

Watch this all the way through. Every second is gold. Pookie bops his head along with Clark Terry playing Mumbles. He sneezes. Soupy smooches Pookie on the nose. Pookie:  "There's a draft in here, Bubbie...and I hope they don't get me."

Later, Soupy bops along with the Isley Brothers. Just his punim on camera, enjoying the music,  for over two minutes. How brilliantly simple is that?  I don't even know why I find it so hilariously funny, but I do.  Jazz, politics, blues, pratfalls, breaking the fourth wall,  all with a Jewish flavor packaged for kids. Wow.

The Archie gang even got to hang out with Soupy: 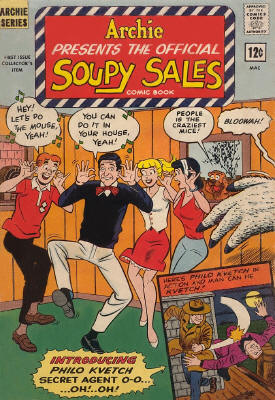 Billy Ingram and Kevin Butler wrote a great piece on Soupy at TV Party dot com, so you might as well hop on over and read it. 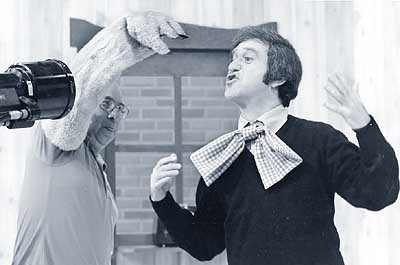 Also read this one by Mark Evanier.

And check this out:  Blogger Don Brockway of Isn't Life Terrible  took a bunch of pictures when he visited the  Soupy set in 1965. He writes a great blog, too. 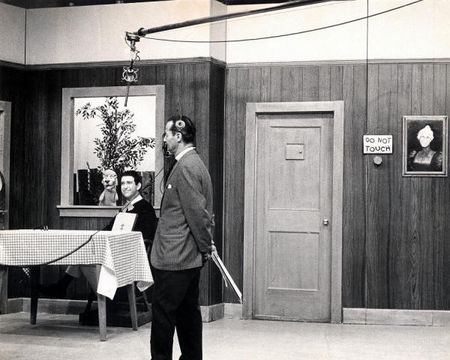 Soupy in the studio with Eli and Pooky. 1965. Photo by Don Brockway. Used by permission. (i.e. ask Brockway before you reuse this) 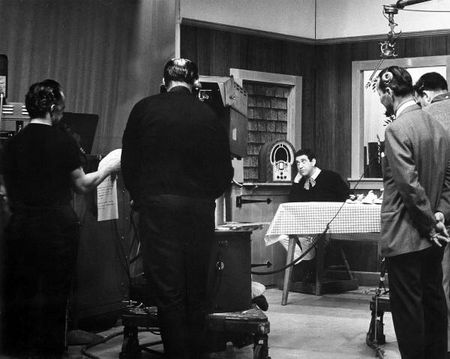 Soupy on the air. Frank Nastasi on the left. 1965. Photo Don Brockway, used by permission.

Do you love Soupy? Tell me about it. Leave a comment.