Today is my father's birthday. He would have been 95 and very proud of his children.

I found this great clip from an article in Columbia College Today, January 2006. An article about John Brecher, author and wine reviewer for The Wall Street Journal. He says about my dad, who was his professor at the Columbia University Graduate School of Journalism:

"The class that made the biggest impression on Brecher was taught by Lou Cowan, former CBS president, at the Journalism School. Cowan invited famous people to talk to the class, including Captain Kangaroo (Bob Keeshan) and John Ochs from The New York Times. “One day Cowan asked me to have coffee with him at his fabulous East Side penthouse,” Brecher recalls. “And he said to me, ‘Do you know why I have these people to class? Don’t listen to what they’re saying. Study how they’re thinking.’ It was the single most important thing that anyone ever said to me. And I carry that bit of advice with me to this day.”

My brother Geoff Cowan is - among many things - the author of Top Secret: The Battle for The Pentagon Papers, a play that has been presented to rave reviews all around the country. This morning Geoff  sent me this link to a clip by Maureen Corrigan on Fresh Air from WHYY, broadcast on NPR on December 8th. In her list of four recommendations of books to read during this holiday/pre inaugural moment, she discusses  a book by our wonderful brother Paul Cowan, who died in 1988. Corrigan also recommends The Hunger Of Memory by Richard Rodriguez, American Crucible by Gary Gerstle and The Wordy Shipmates by Sarah Vowell. 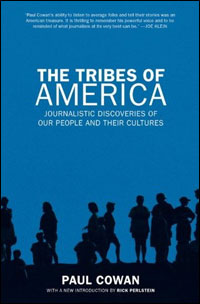 The Tribes Of America: Journalistic Discoveries of Our People and Their Cultures, by Paul Cowan, The New Press, 311 pages, list price: $16.95

Best Books For A Transformative New Year by Maureen Corrigan

"Allow me to begin by stating the obvious: there's something different in the air this 2008 holiday season — and it's not just the Scrooge-like damper on spending cast by the financial crisis. The holidays this year also serve as prelude to the inauguration of the nation's first African-American president. This is such a milestone that most people I know are still walking around saying, "I can't believe it really happened." So this year, I'm recommending some terrific books that can help anyone, whatever his or her politics, gain a deeper understanding of what we've had to come through as a country —what we're still struggling through — to reach this moment. And, yes, in recognition of the fact that many of us are humming "We Ain't Got a Barrel of Money" more often than we're singing "Santa Clause Is Coming To Town," almost all the gift books I'm recommending are paperbacks.

The Tribes Of America: There was once an extraordinary writer for The Village Voice named Paul Cowan. Cowan covered everything from a miner's strike in Harlan County, Ky., to school busing battles in Boston. He died at age 48 of leukemia in 1988, but surely few who read his pieces or his autobiography, An Orphan in History — about rediscovering his Jewish roots — ever forgot his voice. A collection of Cowan's finest reportage from The Village Voice has just been reissued. Although the pieces in The Tribes of America are from the 1970s, the early culture-war tensions they chronicle are still with us. As historian Rick Perlstein says in his new introduction, "Cowan was a journalist who threw himself into situations that might just change his mind, and how many of us dare to do that?"

Certainly in 1974, when Cowan went to West Virginia, where a traditional rural community was fending off radical new grammar school textbooks, you'd assume he'd have been on the side of modernity. But here's what Cowan said about that and similar experiences: "The stories I wrote about … turned out to be dialogs with my own private dissatisfactions. As a whole, they left me with a profound respect for the stability of religion, of ceremony, of family life: of customs I'd once regarded as old-fashioned and bourgeois. . . . How can one embrace them and still be . . . a political progressive?" "

listen to it on npr 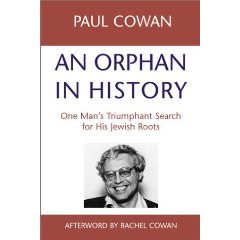 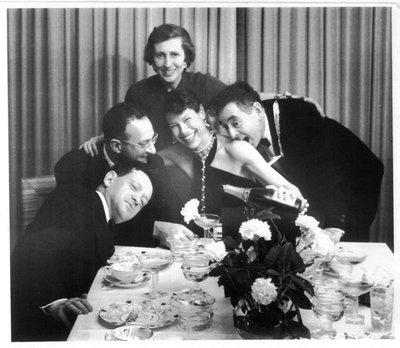 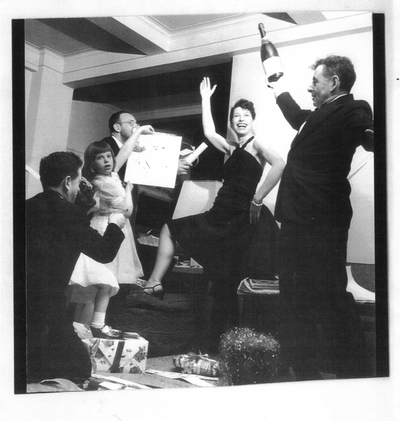 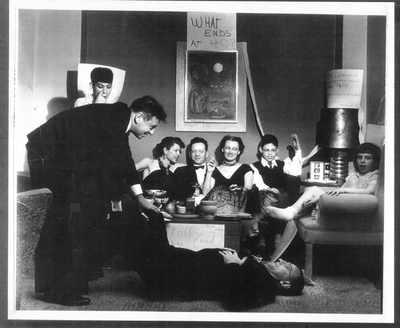 I've just partnered with independent booksellers, Powell's Books, to give you, my dear readers, a chance to see my favorite books and, if you want, to buy them. Or any other books, for that matter. Here are a few selections from my list: 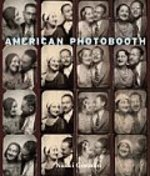 Some are books by artists who have shown at Pine Street Art Works. You can buy Nakki Goranin's American Photobooth, 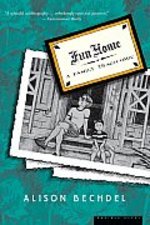 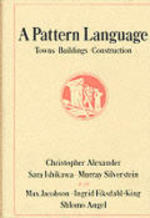 Others are some of the books I've loved and learned from over the years.One of my favorites is A Pattern Language by Christopher Alexander, which has almost a cult following among architects, designers and visionary city planners. 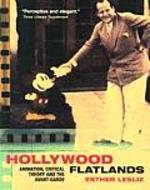 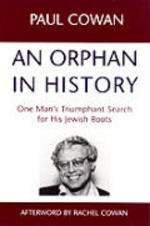 You might be interested in my late brother, Paul Cowan's, An Orphan In History, which traces the roots of our Jewish American family. 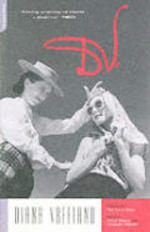 For a rollicking good read in fashion, politics, gossip and culture read D.V. by Diana Vreeland, 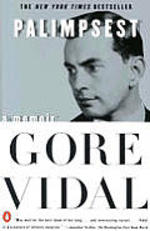 or Palimpsest: A Memoir by Gore Vidal.

And the other great part of this whole thing is that by buying books through my Powell's booklist, or any other book you click through to on their search engine, you are helping support Pine Street Art Works. Yep, I get a commission on each sale, with no extra cost to you.

Even if you don't want to buy, the list is pretty neat, and you might enjoy it. Just click onto the Powells link on the right sidebar where it says, My Websites.