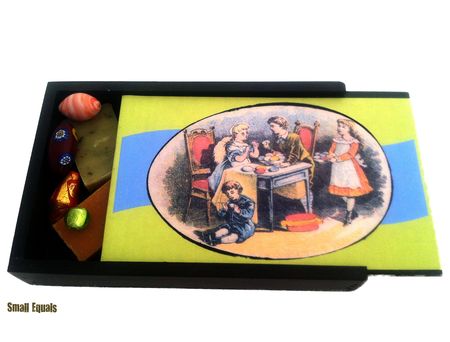 For a tiny eco footprint...and less money than it would cost to send a dozen roses, why not send a box filled with seedbombs? Invest in the future with one small gift. 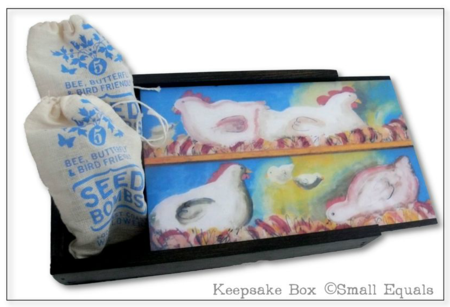 Small Equals Keepsake Box, chicken painting by Liza Cowan
For those readers who have been enjoying my ephemera and my art over the years - I'm now putting them on the Keepsake Boxes I've been developing for the past couple of years.
I have the boxes made for me in Vermont, of Vermont pine, so they are lovely and local. Small footprint for me, please. Vermont Wooden Box, the company that manufactures the boxes, is a tiny outfit on a dirt road about an hour's drive from my studio. Feels just right to me. 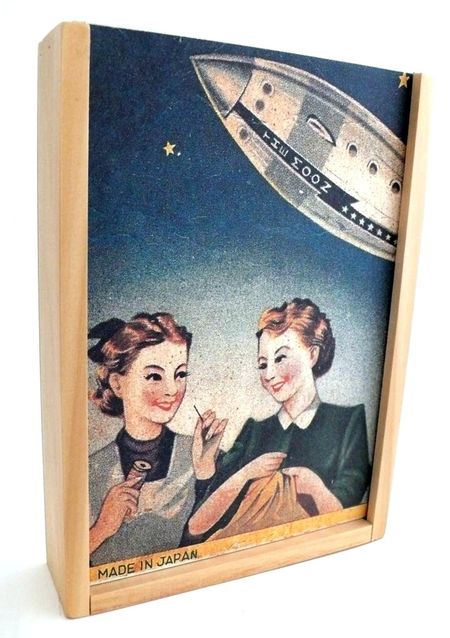 Small Equals Keepsake Box. Sew To The Moon. Cowan Ephemera Collections
I know there are a lot of needle pack lovers out there, and these make great sewing kits.  See more about needlepack HERE on this blog. 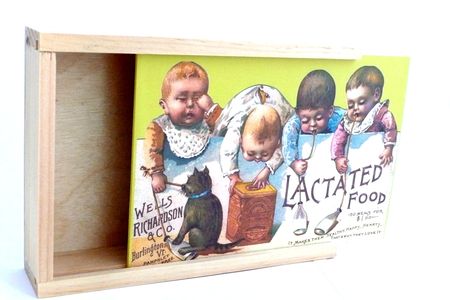 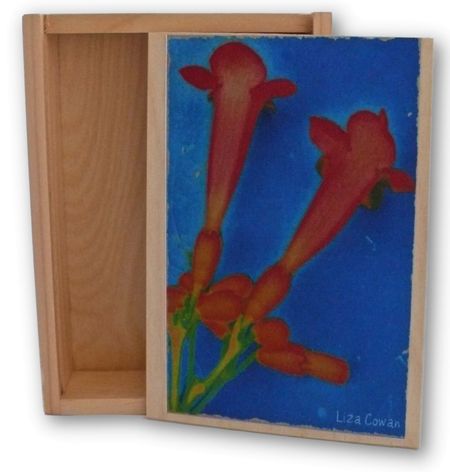 INTERVIEW WITH LIZA COWAN AT THE BLOG "EPHEMERA"

Ephemera is one of my favorite blogs. The impressario (host/blogster)  Marty Weil interviewed me recently and the post went up today. Check it out, and keep it bookmarked because there's always something fascinating going on there for all of you ephemera lovers.

"One of the ways I use ephemera differently than many people is that I work a lot with details. I love to see what happens when a small portion of the item is isolated and enlarged, so you will often see details on my blog and in the reprints. My photography is often about small abstracted details of larger objects, so it's not a big stretch to see how I come to love the abstracted details of printed images. " 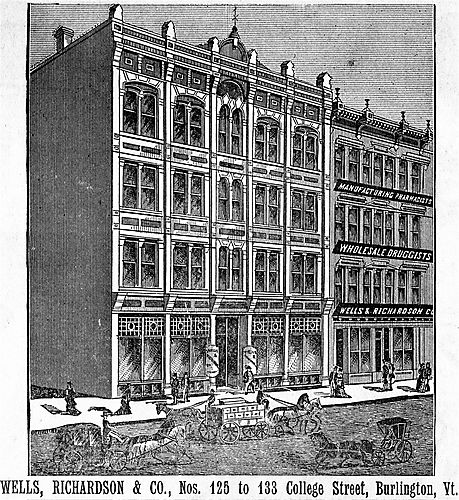 The Wells Richardson Building on College Street is a Burlington, Vermont landmark. These days it houses Bennington Potters, but in it's heyday at the end of the 19th Century, Wells Richardson & Company patented, manufactured and distributed analyne dyes under the name of Diamond Dyes, as well as butter dye, baby food and proprietary medicines like Celery Compound. 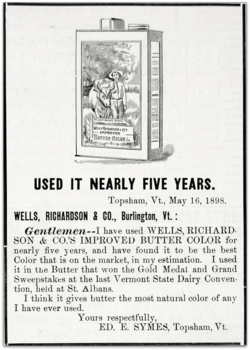 Print Advertising was a part of their marketing strategy. Before the advent of color ads in newspapers and magazines manufacturers and distributors relied on trade cards and medical pamphlets -featuring their own cures - to sell their products. These they made by the gajillion, and distributed nationwide. They would be distributed for free in retail stores or any public venue where they might drum up  business.  Trade cards were hugely collectible, even in those days, and would often end up in scrapbooks, which were also the rage. The trade cards and pamphletss were printed by chromolithography, and retain their brilliant colors to this day.

Two links in the above text are from The Library Collection of Philadelphia, which has great collections. Check out their website.

Images below are from the Liza Cowan Ephemera Collections. 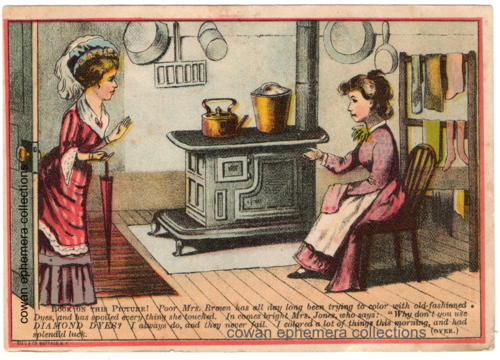 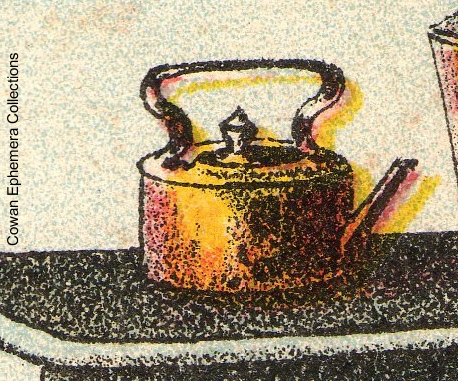 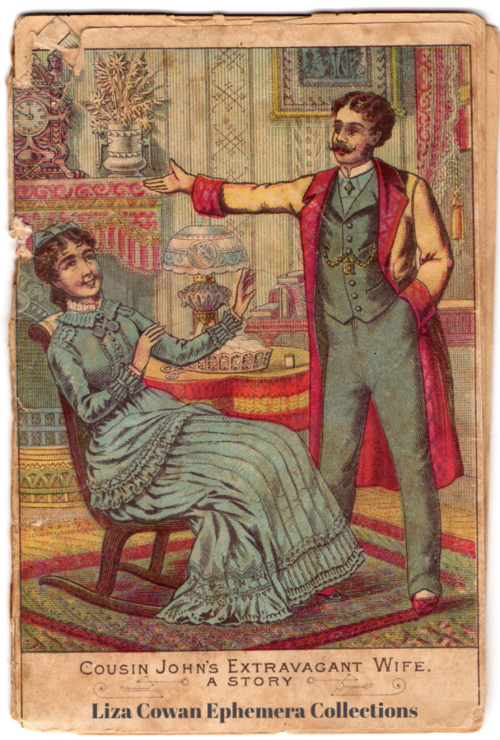 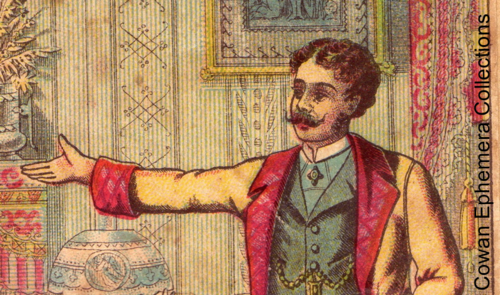 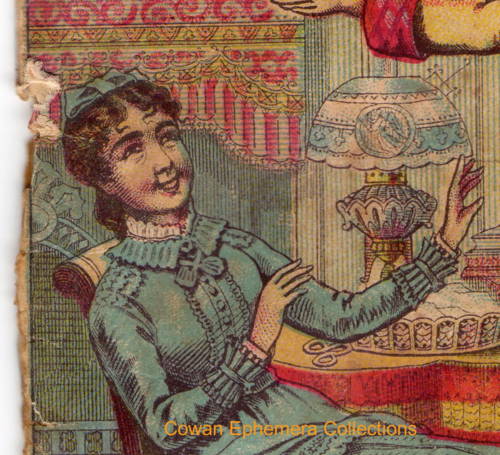 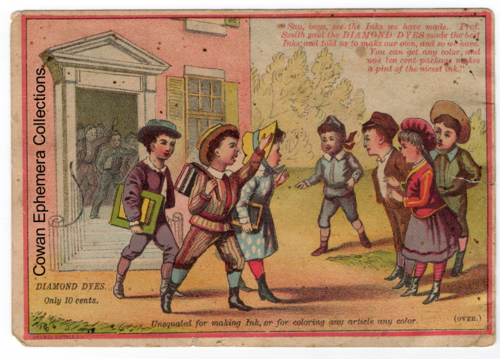 Diamond Dyes. Unequaled for making Ink, or for coloring any articles any color. Cowan ephemera Collections. 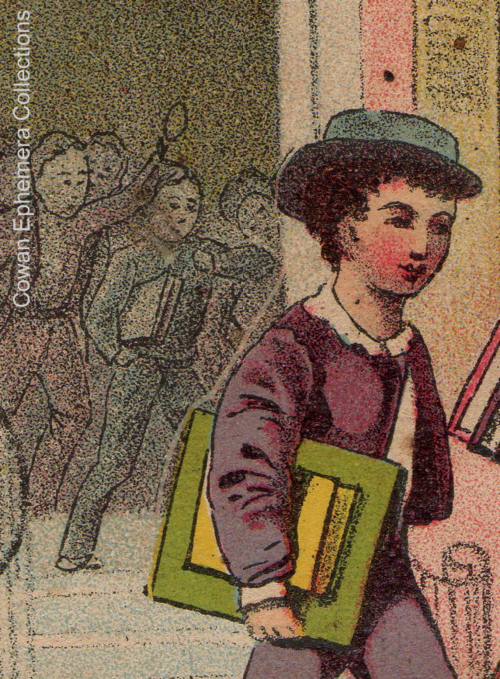 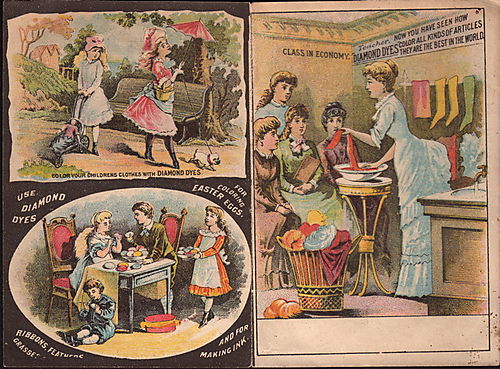 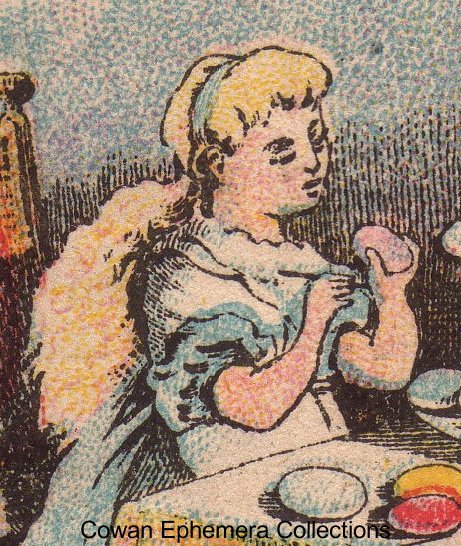 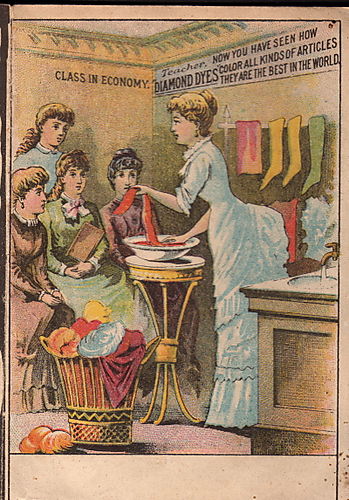 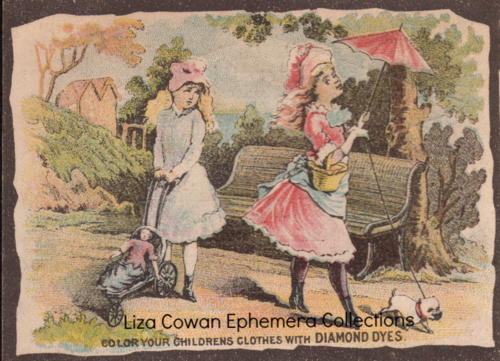 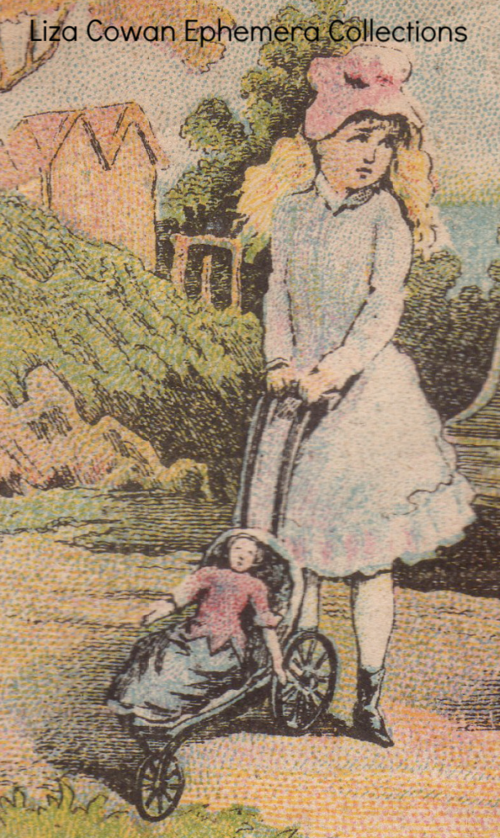 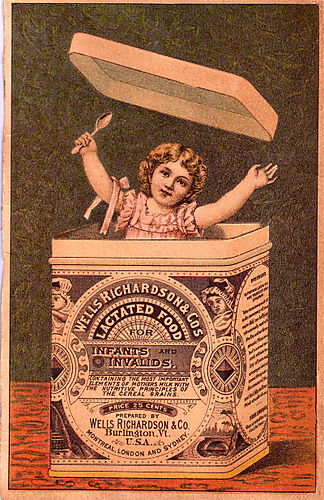 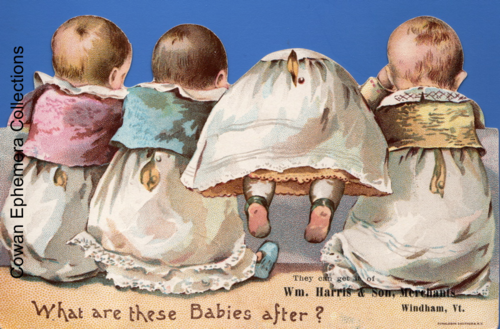 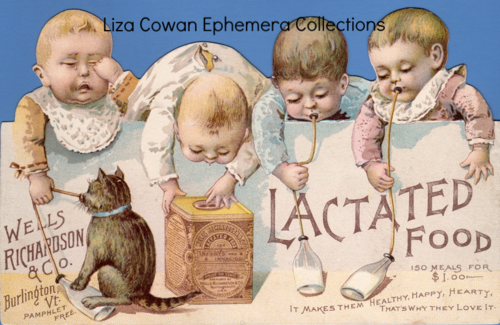 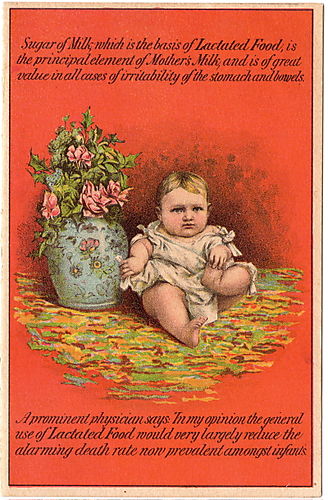 Paynes Celery Compound probably contained opiates or other drugs, which were perfectly legal. Before the Pure Food and Drug Act of 1906, manufacturers didn't have to list ingredients or prove their effectiveness. This Wells Richardson & Company ad from the 1889 book from Burlington Business Association. 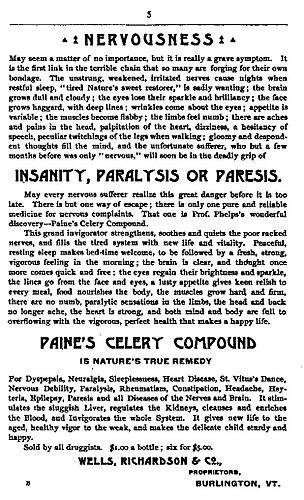 In this ad it is touted as a cure for Nervousness, one of the most "popular" diseases of the 19th Century middle class. Here is a link to a good post about 19th Century Nervousness from  the blog (what is this).

I did my Master's Thesis in Anthropology on 19th Century American Uterine diseases, in which I write a lot about middle class women and nervousness or neuresthenia. Someday I'll write more here about it.