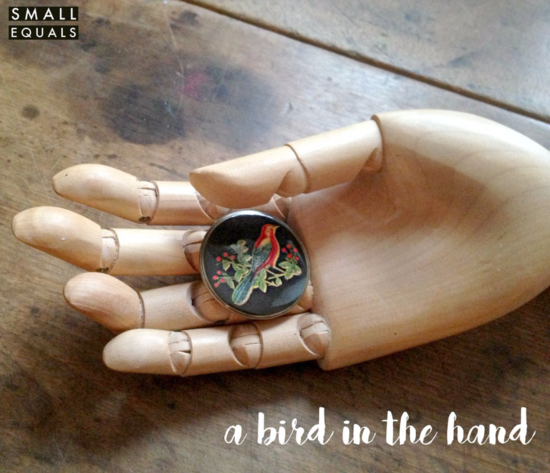 I have always believed that beautiful things need not be expensive. In fact, I prefer the things I make to be available for not that much money. Sure, sometimes I've put a large price tag on some of my work that is one-of-a-kind like the paintings in my FAKE!™ series. But for the most part, I prefer to make things affordable.

My new buttons, a series of 12, is pretty cool. I like adornment, a lot, so these buttons are purely decorative. And, following my FAKE!™ aesthetic, some are made to fool the eye. They are not REALLY set into a silver bezel, they just look that way. The watches don't REALLY tell time. They just look like they do. 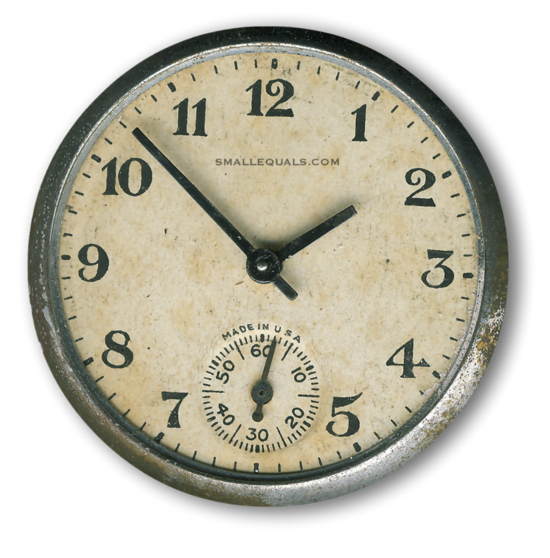 I've also remade an old favorite of mine, one I published first in the mid 1980's. American Sign Language, "I love you." 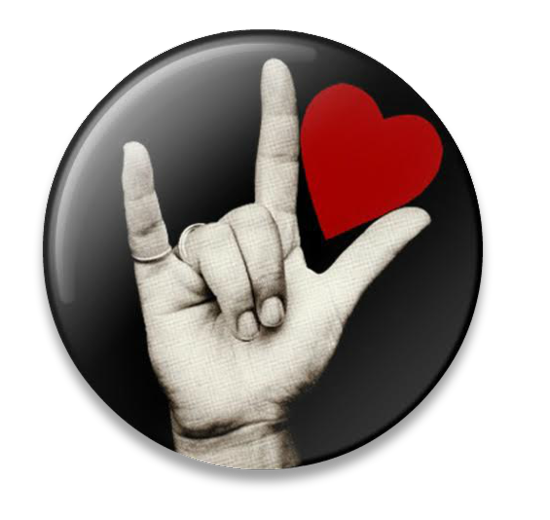 You can see the whole series in the sidebar ad right here on the blog. The link takes you to my online store  where you can buy retail OR wholesale.

But if you prefer shopping at Etsy, I have a shop there, too.  I also sell vintage ephemera from my Etsy shop. New from Small Equals, Amazons, Allons-Y button. Based on my series, now in wearable form. Very chic, so cool, must have.

Available at Small Equals (that's me!)

The Future Is Female - the button The Future Is Female

I made these buttons in 1974 for Labyris Books, the first feminist bookstore in NYC. Hard to believe I still have a bunch of them. They also came in other colors, but I don't have any. 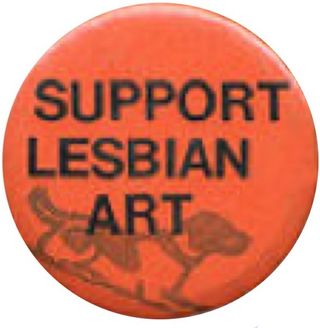 This button has kind of gone viral, which really surprises me. I created this little thing in about 1984. I had a small button and graphics company called White Mare, Inc. I published greeting cards, postcards and buttons, mainly on a Lesbian theme, but not exclusively. Unlike most of my stock, which I had commercially manufactured, I made this one on my own button machines. Mind you, I had a rather sophisticated button machine, which I'd haul around to festivals and street fairs making photo buttons. I wrote about that here

Anyway, I was linking around the web this morning, browsing my usual haunts. I clicked an interesting link on one of my favorites, Design Observer, and it led me to a blog I'd never seen called intelligent clashing. Nice blog,  by the way. So I was scrolling around it it and HELOO! here's my button.

Now, by serindipity or design, I had just last night been over at the website Outhistory.com at the exhibit site for Lesbian Buttons from The Lesbian Herstory Archives where  found several of my buttons - without attribution by the way. The support Lesbian art button is the only one of mine that doesn't have publishing information around the rim of the button. Technically that's called the curl, but you don't have to know that to find the copyright infromation clearly printed. I don't understand how an archive can post something without attribution, but that's another story. Needless to say, I commented right away and added my information,

So, back to this morning. On the site Intelligent Clashing, I click on my button and it links to another site Nothing is new. where they've posted a bunch of the buttons from the Outhistory and Lesbian  Herstory Archive site. Again without attribution but with links to OutHistory and the Lesbian Herstory Archive. Now, I understand why Nothing is new didn't add attribution. They didn't know it, because the archive didn't supply any.

So...I don't know if the button has shown up anywhere else, but I thought I'd better claim it here. At home. I've written about my buttons before. see post HERE

Update: through the miracle that is the world wid web, Nothing Is New has updated their site to include the publishing information. And it only took about 15 minutes of leaving comments on the site and connecting through twitter. Good Gawd, what did we do before the internet?

Many lifetimes ago, in the 1970's, I used to design, publish and distribute buttons. Not sewing buttons, but the kind you pin onto your coat, or shirt, or backpack. Badges, they call them in England. I'd collected political buttons as a teenager and had quite an impressive bunch of them. I loved the smooth roundness of them, the graphics, and how they had to deliver their message in an instant. Like little billboards for your clothing. 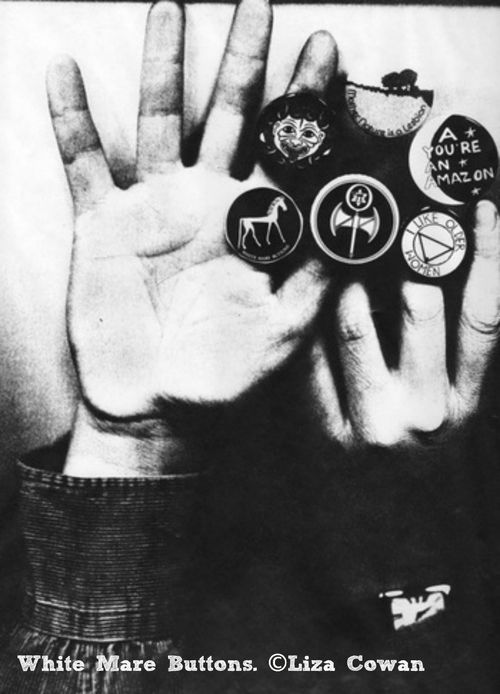 I liked to use symbols from Greek and Celtic antiquity, probably because they were accessible in books, and because the education we got in the nineteen fifties and sixties presented Mesopotamia and Greece and Egypt as the only places that existed in ancient times. Africa didn't exist- except for Egypt - in our racially biased educational system, even in the private progressive school I went to. Robert Graves' highly annotated book The Greek Myths led me to his book The White Goddess, A Historical Grammar of Poetic Myth, and those were my two most insprational sources.

The first button I made was "A You're An Amazon" based on the song by Alix Dobkin (which was, in turn, a riff on "A You're Adorable" by Buddy Kaye and Sid Lippman) The moon and stars connected it to imaginary Amazon space. At the time, Amazons occupied a huge portion of Lesbian imaginary space until the other Amazon (.com) colonized the name and the pretty much corrupted the powerful symbolic association to an all woman civilization.

The triangle with a little groove etched in it that I found in pictures of carved rocks in Greece became the basis of my second design, "I like older women". I was twenty four  at the time, but the message seemed really important, surrounded as we were, even then, by media images of the perpetual child/woman.

The Labyris, double headed ax, was the ubiquitous symbol of matriarchy, which feminist Lesbians worldwide had chosen as their symbol,  I chose to pair it with the Star Of David, to connect my two identities. If you look closely, the Star of David is in the circle which tops the Labyris, turning the whole affair into a women's symbol. I thought it was quite clever. When jewelers started making pendants with the same design, I took it as a compliment. Several jewelers, when I told them I'd actually made up the design, said they thought it was ancient.

I asked a friend to design "Mother Nature Is a Lesbian" for my company. It was a huge seller, but truth be told, I never liked the design. The trees were nice but too much of a couple. The colors, light green, dark green and light blue, were pleasing, so that was good. But the typeface drove me nuts. There, I've said it. 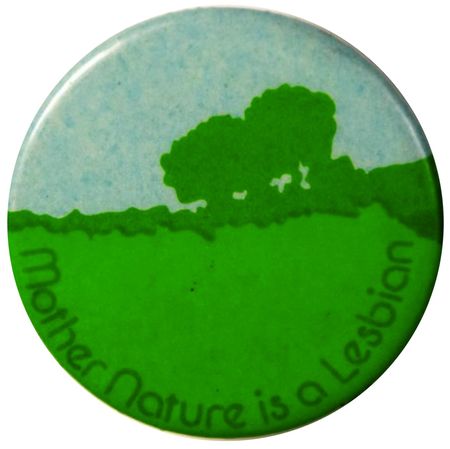 
Medusa, the Gorgon who could turn men to stone if they looked at her, was another ubiquitous symbol of women's rage and power. Greek Goddess Athena featured the head of Medusa on her shield. Greek bakers put Medusa on the oven door to keep people from stealing the bread. I thought it would be nifty if we in the modern world could also wear Medusa as our aegis. I hired cartoonist Roberta Gregory to design this one.

And last is the White Mare, Celtic symbol of The Great Goddess. She was etched large on cliffs in England, I named my company after her. White Mare, Inc. If only I'd started an internet bookselling company we'd be ordering from WhiteMare.com and I'd be rich.