Some of these artists I've already posted about, some not. I'm so excited about the lineup of shows at PSAW. Even though times are tough, and businesses are tumbling like dominoes in an earthquake, we here at Pine Street Art Works (and Atelier Tove) are determined to keep going and thriving. The dance troupe Pilobolous began in 1970 at Dartmouth College. Tim Matson began photographing them early in their career, and, in conjunction with a Pilobolus April 11th performance at Burlington's Flynn Theater, PSAW will exhibit a dozen or so of Matson's original prints. Matson's book of Photographs, Pilobolus, was published by Random House in1978 and is still available through used book dealers.

MAY OR JUNE - DAVID POWELL

Plattsburgh NY/ Burlington VT artist/educator David Powell will show his collages and prints at a date to be announced. I've been a fan of David's for a few years. He had a show last year at Burlington's Fleming Museum which was super. 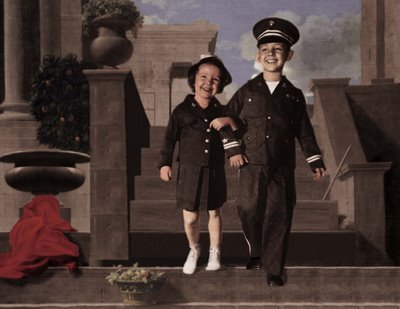 Aline has been winning awards and grants left and right, and I'm happy to say I knew her when. She will be exhibiting here in August. 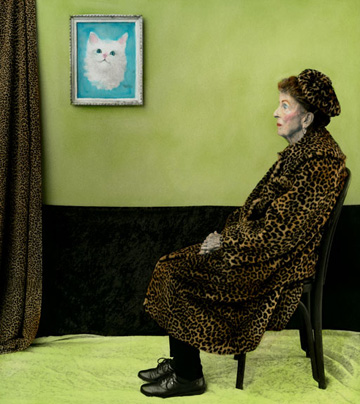 SEPTEMBER - TMNK - THE ME NOBODY KNOWS

I've blogged a lot about TMNK, but here's another image and a reminder that this amazing NYC street artist will be here on Sept 11th for the Burlington South End Art Hop. 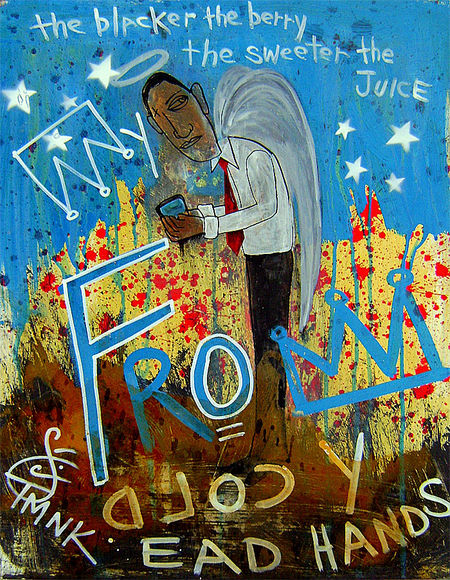 TMNK-The Me Nobody Knows. Copyright 2009. Used by Permission. 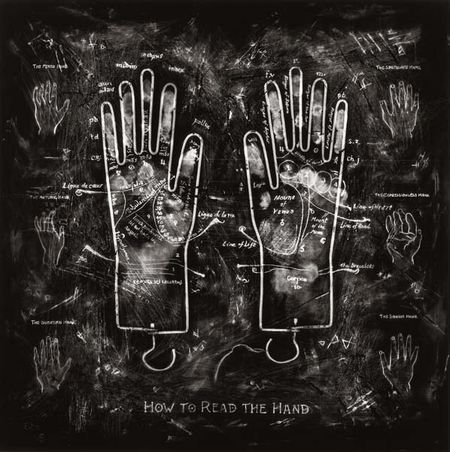 How To Read The Hand. Copyright Carol Golomboski. Used by Permission

"Psychometry is a series of black and white photographs exploring issues relating to anxiety, loss, and existential doubt. The term refers to the pseudo-science of "object reading," the purported psychic ability to divine the history of objects through physical contact. Like amateur psychometrists, viewers are invited to interpret arrangements of tarnished and weathered objects, relying on the talismanic powers inherent in the vestiges of human presence. These images suggest a world in which ordinary belongings transcend their material nature to evoke the elusive presence of the past. 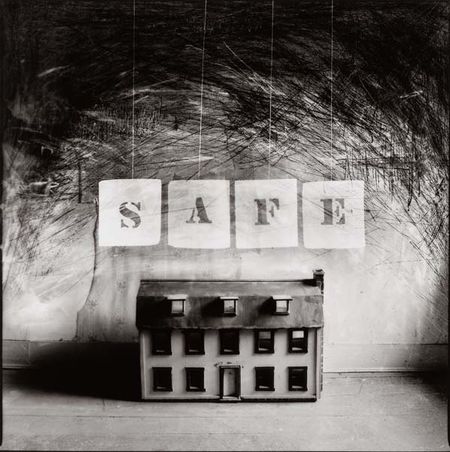 Through an examination of fortune-telling and clairvoyance, many of the images confront the desperate human desire to know the unknowable, historically referencing the Victorian interest in spiritualism as well as the look of the nineteenth century photographic image. Illegible text and arcane symbols in pictures with themes like palm reading, tea leaf reading, and numerology force the viewer to consider man's insatiable need to anticipate his own fate.