Burlington photographer Dok Wright came over to Pine Street Art Works yesterday to hang three of his banners in the window. These banners were a highlight of Dok's recent show at Burlington's Art Space 150 (which is where I had my first show in Burlington). 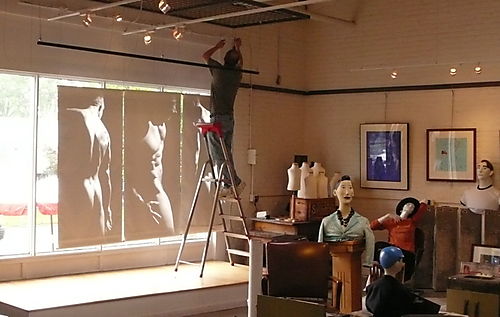 Dok Wright hanging his banners in the PSAW window.

I love Dok's work. Recently he's been concentrating on stylized images of the human torso, in black and white. I love how he's had these three printed  as banners. I think they are particularly suited for windows because of their translucensce, as well as their size. 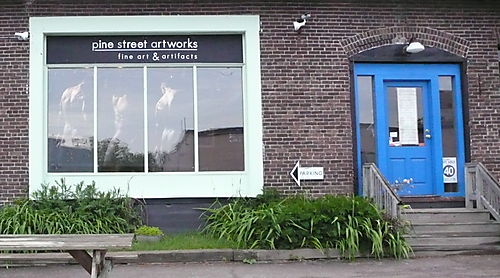 My windows face west, and the strong afternoon and evening light off of Lake Champlain, three blocks away, makes very strong reflections. They are backlit by three bulbs, as well. The effect of this is to make Dok's photos appear almost ghostly. The appear to shimmer in the window, blending with the reflections of the buildings across the street, as well as those of cars and pedestrians. 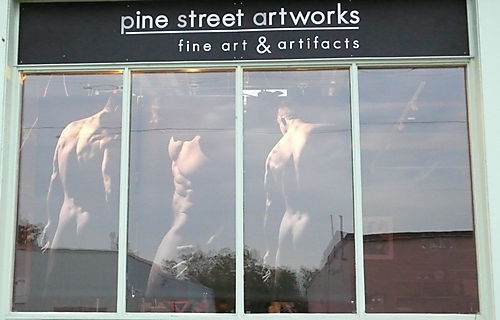 It helps, too, that the background of the images is black, so they disappear into the seeming blackness of the window. They look stunning from inside, as well, with the light from the window shining through.