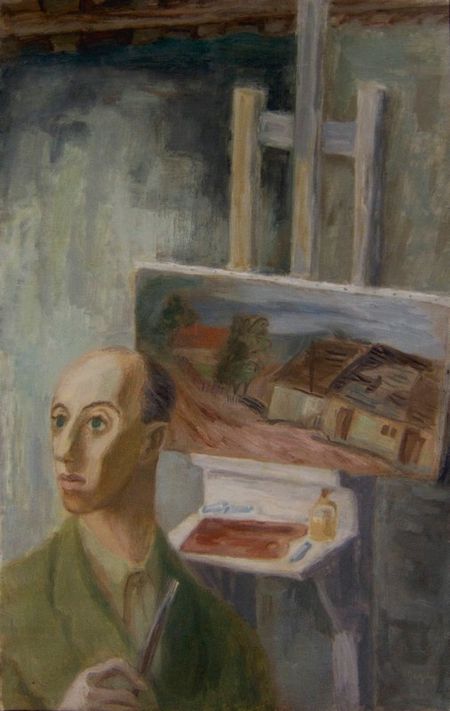 Tibor Gergely is best known in the US as the glorious illustrator of Scuffy The Tugboat and The Five Firemen, and 70+ other well loved childrens books, most published by Golden Books. If that were his only work, it would have been enough. But that is far from the whole story. 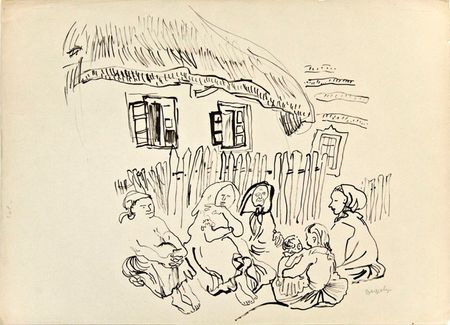 Tibor Gergely, Gossip, from tiborgergely.com part of a large series of drawings he made in the 1920's and 30's in and around the village of Kortvelyes, Hungary.

Gergely, an Austrian Jew, had a full, rich, life as an artist and intellectual in Budapest and Vienna before he emigrated to the US in 1939. You can find his story and more images at TiborGergely.com. 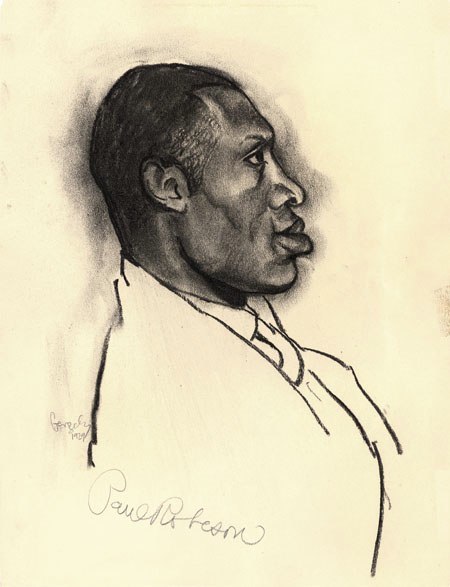 While Gergely was in exile in Vienna in the 1920's he worked for the newspaper Der Tag. This portrait of Paul Robeson is one of many he made for the paper. “It often happens that the essence of a whole lies concealed in some minor, insignificant detail. To find that detail and to express with it the whole - this is the joy of discovery, and the painterly gratification of the artist.”  Tibor Gergely

Fleeing the Nazi regime, Gergely and his wife, the painter Anna Lesznai, landed in New York City, and immediately fell in love with the hustle and bustle of Manhattan. 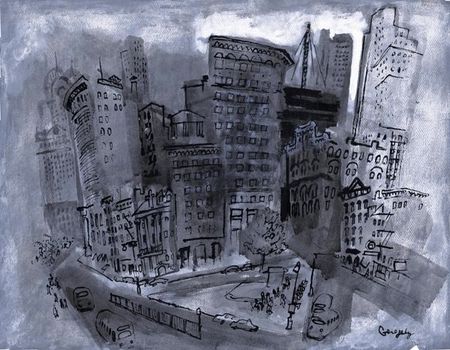 Tibor Gergely, The Battery, guache, painted from atop the Staten Island Ferry Terminal.

Shortly after he came to the US, Gergely met Georges Duplaix, who was head of production at Artists and Writers Guild and they collaborated on Topsy Turvy Circus. In 1942 Duplaix  became head of the Graphics Department at Simon and Shuster where he introduced Gergely to Lucille Ogle. They, along with Albert Leventhal, created Golden Books. Here Gergely found the home that would bring him millions of delighted readers. He created illustrations for over seventy Little Golden Books. 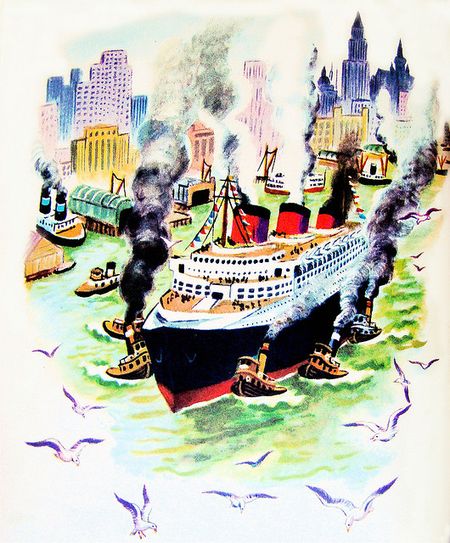 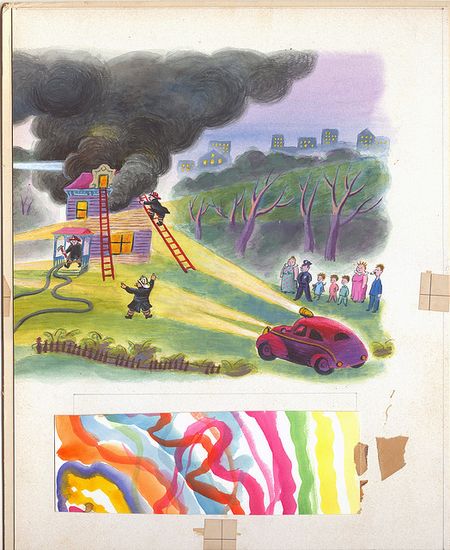 Tibor Gergely,  the right half of an original illustration for "Five Little Firemen" 1942 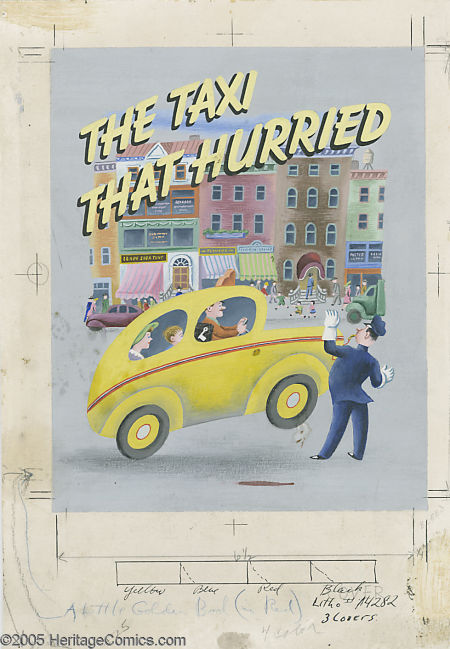 Tibor Gergely, The Taxi That Hurried 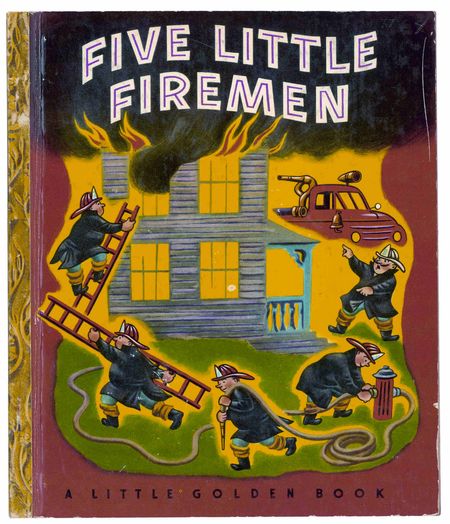 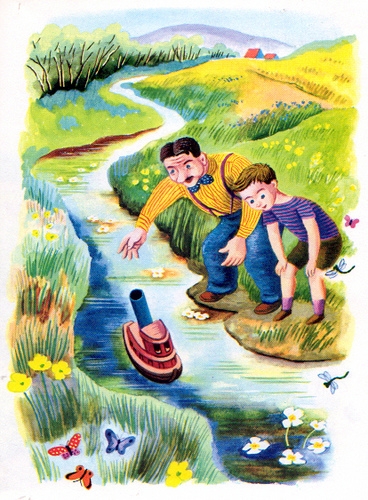 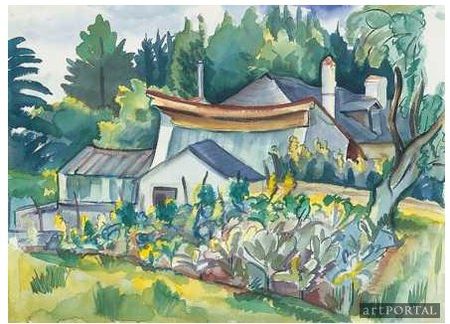 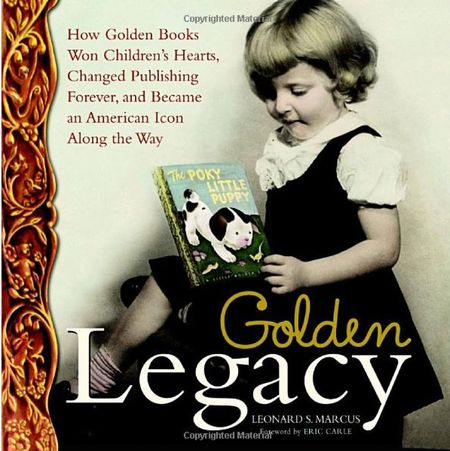 And here is a wonderful little documentary about Gergely by his step great granddaughter, Sabrina Jaszi, including a telephone interview with her very knowlegable father, Peter Jaszi.

And it give me great pleasure to be able to make some Small Equals Keepsake Boxes with Gergely images. I only use pages from books - mostly Goldens - that are too beat up to salvage. I sometimes have them in stock, sometimes not, depending on what old books I can find. Look for them at my ONLINE STORE 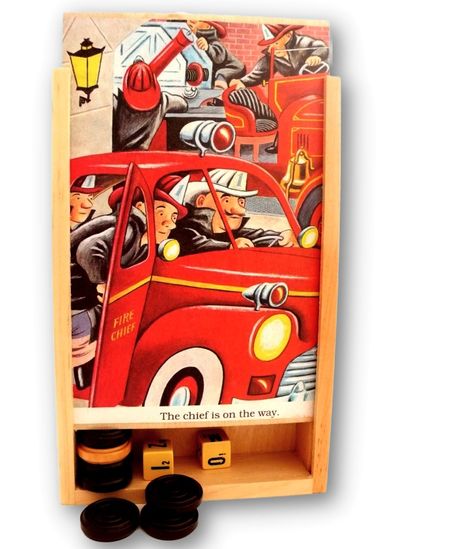 If you are interested in seeing more Gergely images I have a lot of them collected at Pinterest.