SeeSaw is now on facebook, with links from our archives PLUS interesting things I've found around the web. Here's what's been on this week. 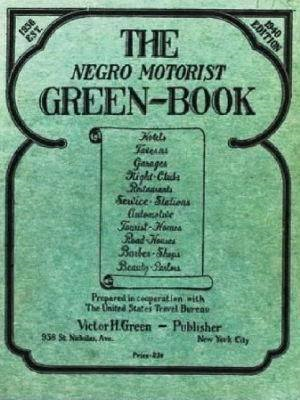 "In 1936 a Harlem postal worker and activist named Victor H. Green decided to develop a guide that would help African Americans travel throughout the country in a safe and comfortable manner. The Negro Motorist Green Book (also called The Negro Travelers' Green Book), often simply known as The Green Book, identified places that welcomed black people during an era when Jim Crow laws and de facto segregation made it difficult for them to travel domestically without fear of racial backlash.

The Green Book listed businesses and places of interest such as nightclubs, beauty salons, barbershops, gas stations and garages that catered to black road-trippers. For almost three decades, travelers could request (for just 10 cents' postage) and receive a guide from Green. Eventually the guide expanded to encompass information about Canada and Mexico." 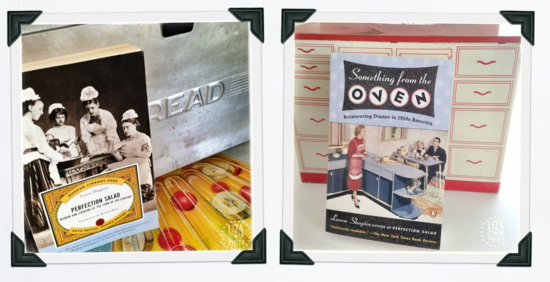 Perfection Salad and Something From The Oven by Laura Shapiro

Perfection Salad, and Something From The Oven, two fascinating books by Laura Shapiro. I heard Laura speak at the University Of Vermont last Spring. I first read Perfection Salad when I was doing research on Jell-O. Turns out Laura is also obsessed with Jell-O images, so she is now the proud owner of a set of Jell-O placemats that I made. 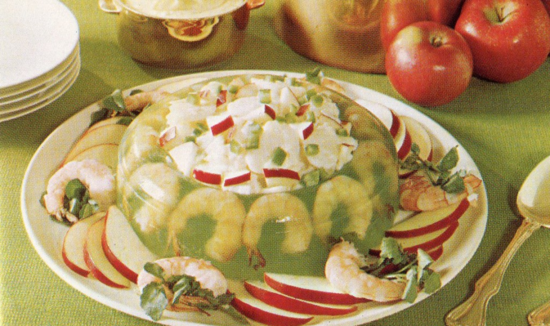 Here's a link to an interview with Ruth Clark who blogs at The Mid-Century Menu. Interview in CollectorsWeekly.com

More on Mid-Century Cooking.
"Today, foodies typically look back on this era with an upturned nose, preferring to mock its foods rather than eat them. So when Ruth Clark took the obvious, and daring, step of actually making these retro recipes for her fascinating website The Mid-Century Menu, it’s not surprising she received a bit of hate mail. Clark typically cooks one vintage meal per week, which she documents through scans of the original recipe, photos of her re-creation, and detailed tasting notes (often featuring amusing photos of her husband, Tom, attempting his first few bites). Her blog is an everyday cook’s version of the Julie & Julia project, featuring the food that real people made in mid-century America.

"Clark recently gave us her experienced take on the marvels of mid-century eating, and the lessons contemporary cooks can learn from it."