I just can't get enough of these vintage postcards. The graphics...the history. So good. Here are some more I got today: 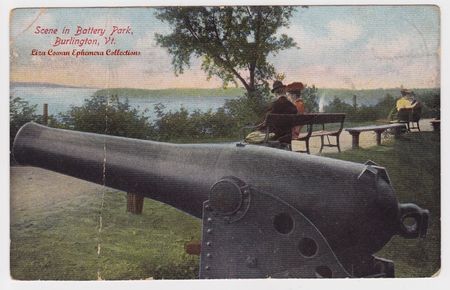 Built as a military camp during the War Of 1812, Battery Park history may be martial, but contemporary use is recreational.  In the summer there are concerts, there's a playground that my kids used to love. And the view, like so many views of Lake Champlain, is breath taking. 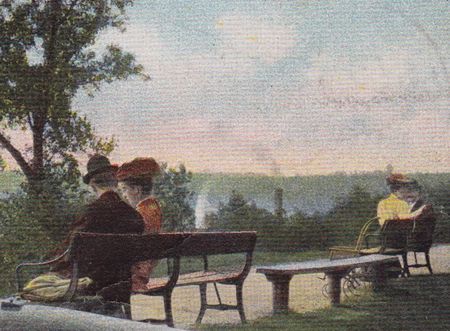 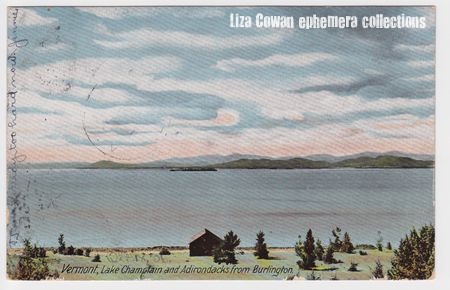 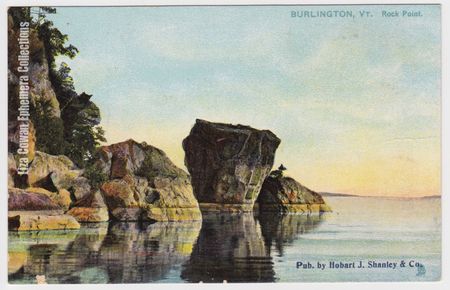 Rock Point is to the North of the city. Much celebrated in postcards, this thrust fault rock formation is geologically interesting:

One of the geologically most famous localities in Vermont (along with the world’s oldest reef in the Champlain Islands) is the Champlain Thrust, visible along the shoreline of Lake Champlain at Lone Rock Point, in Burlington, Vermont. In order to understand its significance we need to first understand what a “thrust” is. A “thrust” (geological shorthand for a “thrust fault,”) is a type of fault. A fault is a fracture in rocks where there has been movement. There are several types of faults and a “reverse fault” is one where older rocks have been pushed up over younger rocks. Geologists call a reverse fault where the fault is at a low angle to the Earth’s surface, a “thrust fault”." source 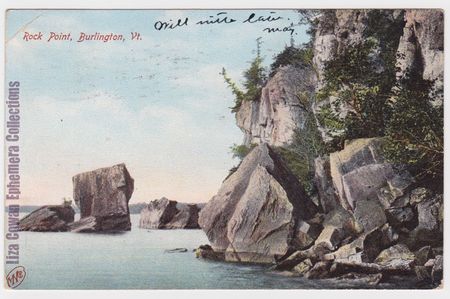 In the South End of the city is Red Rocks, which I've shown before, but here are a few images I got recently: 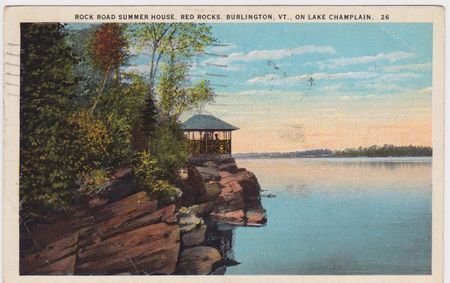 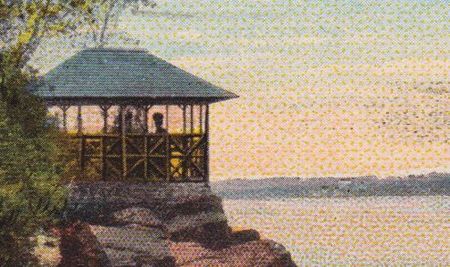 That's it for today's tour. More to come for sure.

BURLINGTON VT, ON THE WATERFRONT

I've been rawther busy lately, plus my printers and scanner were on the fritz. But I've been busy gathering images, and here are a few of my recent treasures. 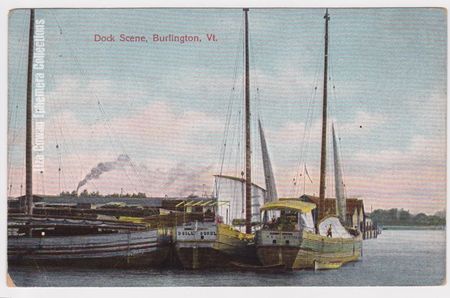 The postmark on this card is 1968, but the image and probably the printing are earlier. You never see wooden boats any more in the harbor, which I think is a shame. 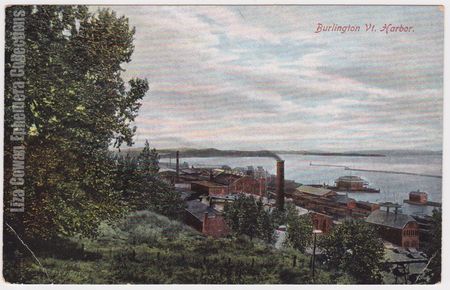 This one is not postmarked, although it is addressed an written on. It calls for one penny postage. Most of those industrial buildings are gone, and in their place is a lively mixed use waterfront, bikepath, restaurants, businesses. 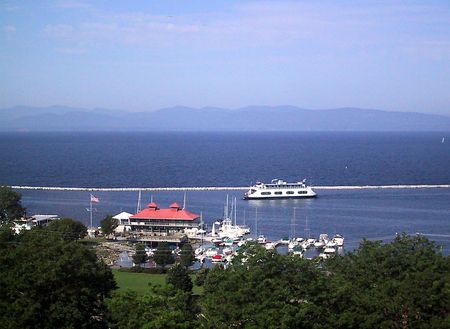 At the turn of the last century Burlington's Waterfont was home to many businesses. Not the  tourist, tech and green economy businesses we are famous for now, but real manufacturing. Lumber was big. But with all the beautiful water and scenery, pleasure boating is always popular. A bit farther south from the Waterfront you will find Red Rocks, a particularly scenic park. I've shown you other vintage images of Red Rocks from my collections, and now here's a recent acquisition. 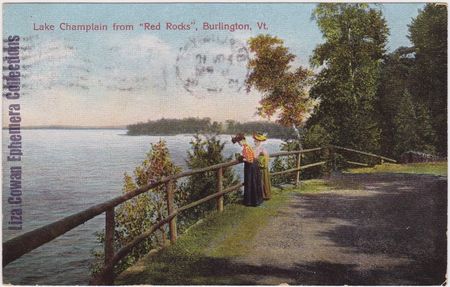 And check out how the gal on the left is snapping a photograph. 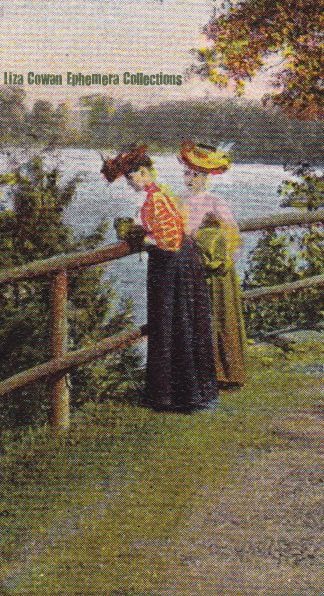 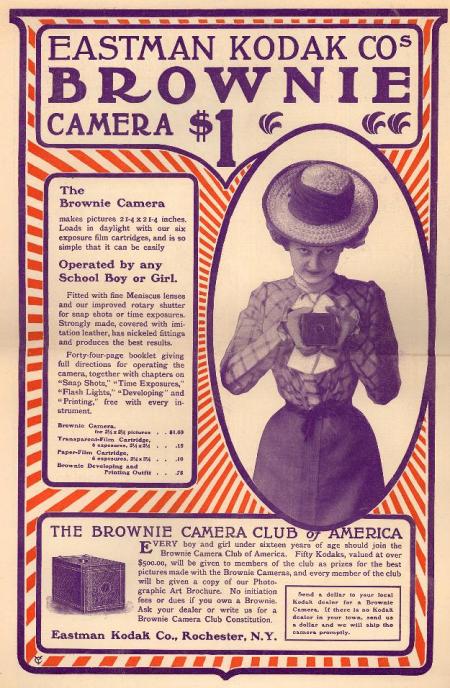 They could have been using this Brownie Camera from Eastman Kodak.

Spring is here and it's time to practice random acts of gardening.

Pine Street Art Works is now carrying Seed Bombs made by VisuaLingual, a small design and print shop in Over-The-Rhine, Cincinatti. Seed bombs have an honorable history as part of the guerrilla gardening movement, and are now coming into vogue as a part of the Green retail movement.

It's a great idea, gorgeous packaging, economical, and hey--what fun to use! Throw some in a vacant lot, a barren patch on the roadside, or your own yard and make a neighborhood more beautiful. That's an idea I can get behind. 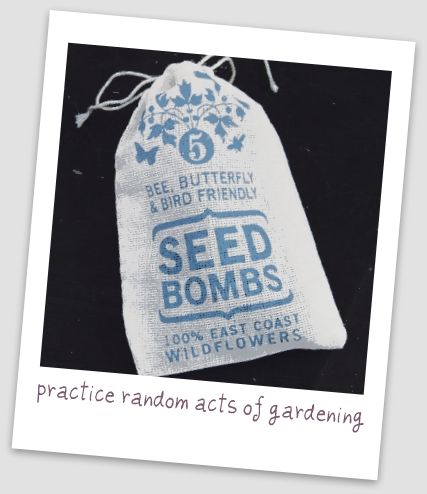 In addition to making Seed Bombs, VisuaLingual makes wonderful screen prints and has a great blog.

The muslin bags were made in the USA and screenprinted by hand by VisualLingual with the East Coast Seed Bombs design.

Inside each pouch is the full list of the seeds included. When you've used up the seed bombs, reuse the pouch or frame it! 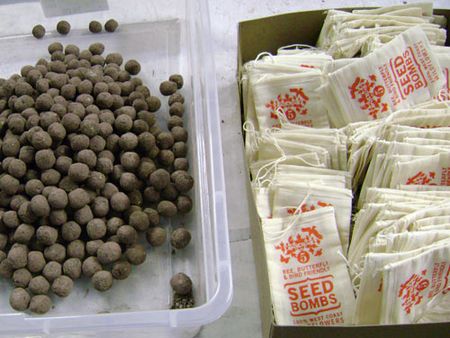 Seed Bombs in production. From VisuaLingual blog. Click image to go to story.